How Potholes Can Damage Your Car And How To Avoid Them

The pothole season is around the corner- Humans and climate fluctuations significantly influence roads. Yes, you’ve read that right! Potholes mainly occur when we are just moving from winter to spring season. Hence, this sudden climate transition fluctuates temperatures that can wreak havoc on roads.

In the broadest sense

Potholes occur when water makes its way through cracks in the road. In winters, the water inside the pavement gets frozen; it will expand and take up more space, resulting in bends and cracks. During spring, the temperature rises and melts the ice inside the pavement. The pavement contracts and leaves unwanted gaps or voids on the surface, where water gets trapped. The trapped water weakens the pavement with time. As the weight of heavy vehicles, such as trucks, cars, and tempos, passes over the weak spot, it makes the material more vulnerable to getting broken down or displaced, creating the pothole.

Love it or hate it, getting stepped into potholes is an inherent part of the road journeys. Potholes make vehicles more prone to accidents which can cause some severe injuries and fatalities. The estimated governmental report of the total number of accidents caused due to unseen potholes is 4,775 in 2021.

Also, your vehicles are vulnerable to getting damaged. The best way to prevent your vehicle from severe damage is to slow down as much as possible before falling into it. This will keep your vehicle safe from making potholes damage a car.

what do potholes do to your car? Big or small, hitting a pothole at high speed can severely damage your rims by making them hit with the sidewall. If that happens consistently, there are chances that the sidewall of your vehicle can get irreparably damaged. If you think this is it, you’ve just seen the tip of an iceberg. Keep holding until the end to learn the types of irreparable damage potholes can give to your vehicles.

What do potholes do to your car? 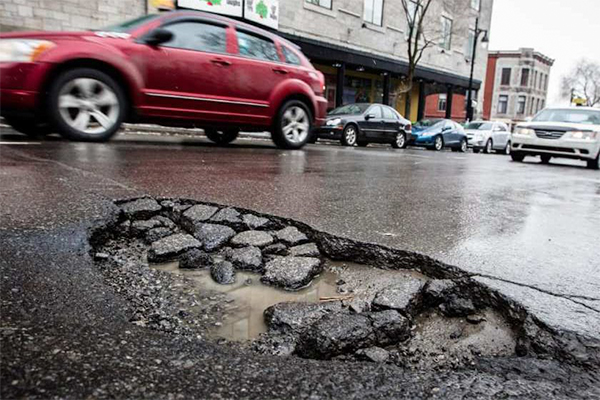 Your vehicle’s tires are in constant contact with the roads. While having sudden or unwanted encounters with the dead holes on the roads, half of the force goes upward, affecting the vehicles suspension and wheel alignment. When you hit the pothole at high speed, the tires first go into the vehicle and roll out. Here the damage never happens while hitting the hole, but rather the impact on the exit. The amount of pothole damage to a car varies on the length and depth of the tire and the length of the pothole. The smaller the wheel, the worse the impact. Your vehicle will collect more damage if the pothole’s depth equals the tire’s diameter.

Two-wheelers that ram into potholes are likely to get greater damage. The driver is more prone to face severe injuries and fatalities during the encounter.

One hole can cause many types of damage 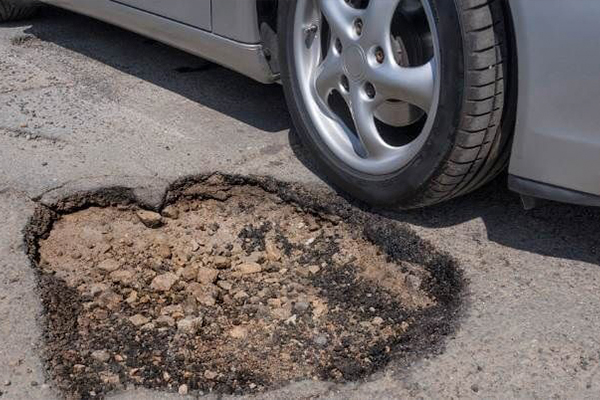 While falling into a pothole, the damage is not limited to the tires. Other vital parts of the vehicle also absorb the impact and are more likely to get damaged. The most commonly complained damages are-

Hubcaps can easily fall off 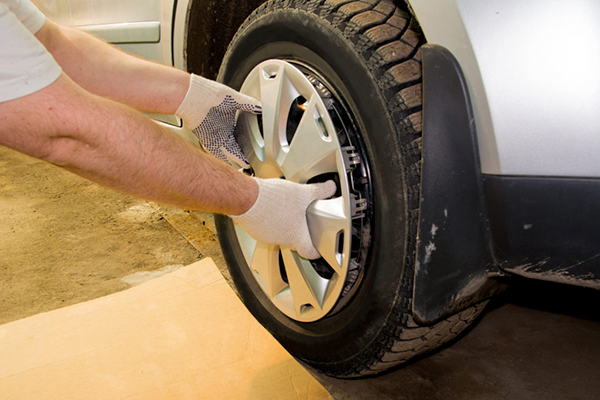 Hubcaps are attached to tires only by pressure clamps. So they are more likely to fly off when your car rams into a pothole at high speed. It may cost you around $20 t0 $150 per wheel.

Tire and other interior structures 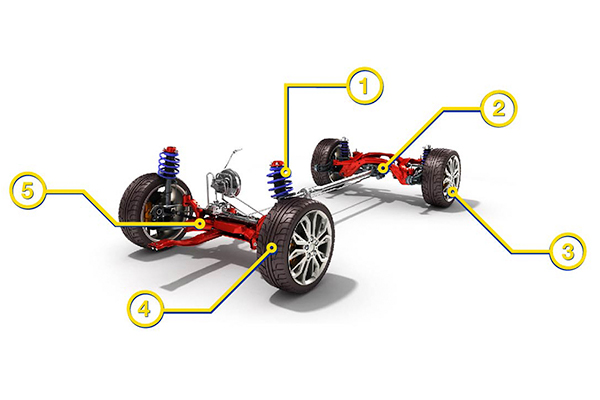 The tires are always at the first point of contact, absorbing around 80% of the impact when roles over the potholes. This sudden impact can cause structural damage, whereas there are chances that the tires can also get ruptured.

Potholes can affect your suspension 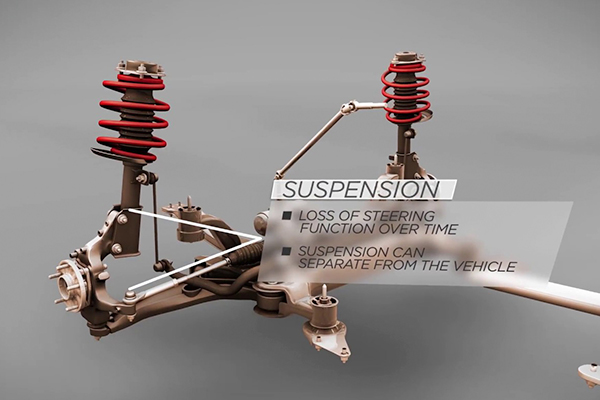 When your car hits the potholes, it hits back the car by both vertical and horizontal force. These forces reach the suspension, which moves up and down during the impact. If there’s high horizontal force, there are high chances that the steering linkage and suspension parts can get damaged. It might cost you around $75 and $250 for a replacement linkage, depending on the type of car. The suspension arm can burn your wallet by costing you around $150 to more than $320. 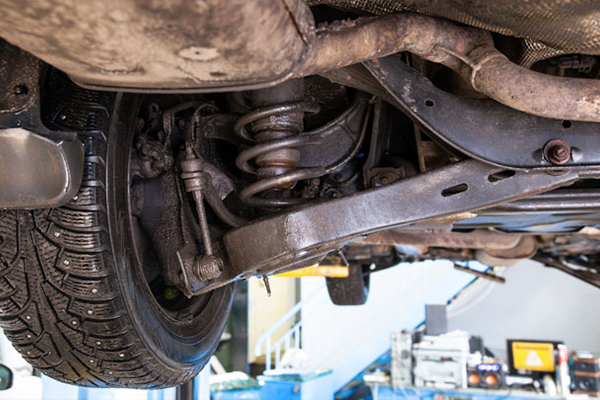 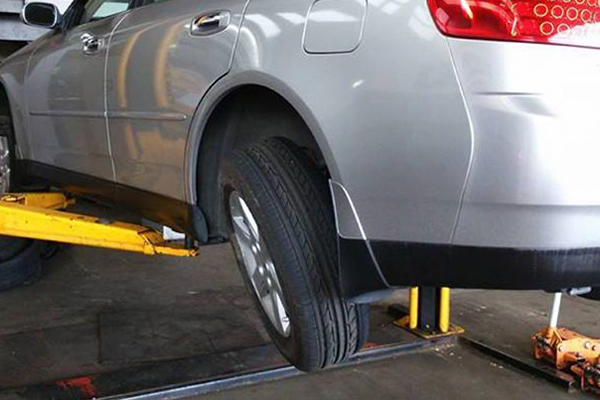 The extensive impact caused during the crash can bend one or more steering or suspension components out of alignment; if you notice running right or left, even when aiming to go straight, go for a checkup. The pothole might have damaged your vehicle’s internal suspension and steering structure. In that case, it’s better to get your alignment checked. The wheel alignment can cost you anywhere from $50 to %75 for cars. It can go up from $100 to $150. Wheel alignment is important as if overlooked can cause some severe damage to the internal component of your vehicle. Pothole damage to a car mainly causes internal damages that often go unnoticed at the initial stages, but a lot happens under the surface.

Finally, we end here; that was a long read! We expect that you are having a good read of our blogs. We hope that you have learned the importance of getting your vehicle checked timely to diagnose the internal budding issues in time before they get worse.  Stay tuned with us to get more amazing blogs that will surely help you increase the life span of your favourite four wheels. We would love to hear from you and for more of such informative content, keep your eyes peeled. Till then, have a safe drive!