How to Troubleshoot an Overheating Car?

Overheating is one of the most fatal and prime concerns of every automobile owner in the world. Not only does overheating present a very serious situation, but can also lead to severe damages that would render your precious machine useless. More so, driving an overheated car can be catastrophic.

Overheating issues are not limited to certain types of vehicles, but are presumably found in almost every kind, model, and brand. It is a typical malfunction of the engine, which is the heart of the vehicle. And if the heart is facing an issue, it doesn’t take much time to reflect onto the other parts. Car Overheating might seem like an issue that you cannot avoid, but with the right kind of knowledge, tools, and information, you can easily troubleshoot the situation with minimal effort and harm.

Before we get on to the details, let’s first get our basics clear.

Why is my car overheating?

Modern Cars and Technology have made the incidents of the heated car extremely rare, but they are still a concern due to their serious notions. With the rising temperatures outside, there is always the probability of rising temperature inside too. If you see the needle on the temperature gauge rising or are wondering where the steam is coming from, it is probably your engine overheating.

Before we start with the steps to troubleshooting an overheating car, let’s understand how the system works. 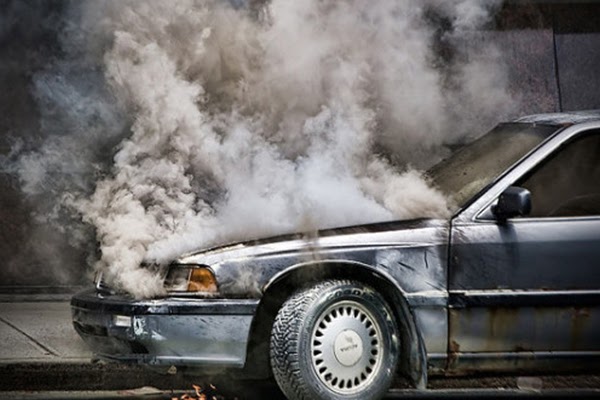 The water pump of the cooling system aims in moving the coolant through the engine block and head, whereas the circulation and temperature are overlooked by the thermostat and radiator fans. At specific relays, the fans turn on at a predetermined temperature. The temperature is monitored by the temperature sensor, which sends the information to the vehicle’s ECU (Engine Control Unit).

Now that you have a good idea about how things work and why does your engine stank up its temperature, let’s take a look at how we can troubleshoot the issue.

| Read More: How to Start a Car with a Dead Battery Without Jumper Cables? |

A rising temperature gauge can never be a good sign. Let’s take a look at how we can overcome a heated car engine, especially when you’re on and about with no garage in sight.

If you’re facing a heated engine or are worried the scorching sun is raising the temperature gauge, it is better to crank down the air conditioner and open the windows. Since the air conditioner leads to added pressure on the engine, switching it off will help the engine to cool down a little. Of course, if there is some other issue with the cooling system, this little trick might not do the job.

If the air conditioner trick doesn’t do the job, you can alternatively, crank up the heater/blower. I know it is counterintuitive, but this helps to disperse the heat coming from the engine. This could get extremely uncomfortable in summer, but nothing is worse than an engine that refuses to cool down.

The next thing that you can do to drop the level on the temperature gauge is drive carefully, following some rules to dampen the pressure on the engine.

If you’re stuck in traffic and the engine starts heating, it is advised to change to neutral and rev the engine. This aids in the working of the water pump and enhances the fan speed, thereby drawing more water and air through the radiator. This further assists in cooling down the engine.

If you’re in stop-and-go traffic where you need to hit the brakes time after time, it is better to crawl along slowly rather than moving quickly and then braking abruptly. This quick brakes and moving increases the drag on the engine, and hence, leads to increasing temperature. This could lead to a complete failure, and you would be looking for engine repair, stranded in the middle of the road.

The first rule to an overheating car is to allow it to cool down. If you keep driving, the results could be extremely dangerous, and can even lead to accidents. Drive to the right-hand side of the road, open the hood(not with bare hands), and let the engine cool down. If you see smoke coming out, it is advised to stay out of the car for as long as it takes for the engine to come at a moderate temperature level. A warning – Make sure you don’t attempt to open radiator caps as the boiling engine could spew it out. Moreover, do not add water until the engine has cooled down.

If you can see that the engine hasn’t cooled down even after 30-40 minutes of rest, it might be time to call for assistance. 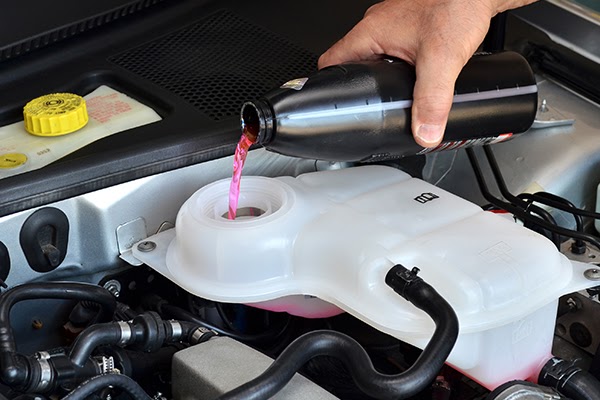 Once the engine has cooled down, it is time to top-up the radiator. Make sure the hood is cool to touch before you go on with the process. It is a good call to use a towel or safety gloves before proceeding with the rest. Locate the radiator cap and use the towel to slowly loosen the cap. Allow the pressure to escape as the coolant expands when heated.

If you find the radiator to be free from the coolant, it could be because there is a leak in the system, or you have simply run out. Top up the radiator with half coolant, half water mixture until it reaches the ‘full’ line. Additionally, add the coolant to the small reservoir to avoid overheating the engine in the future. After you’re done, replace the cap and turn on the engine. This should make the temperature gauge come back to normal, and the warning light should go out.

If you find the coolant to be topped up and yet the engine temperature doesn’t seem to die down, there might be some other problem with the cooling system or internally which requires the professional eye to be detected.

You might not have the professional eye, but looking for leaks in the cooling system is not always a very hard job. You can take a look at the radiator and hoses to see if you can find the leaking coolant.

If you want to take a step ahead, you can look for a pressure leak testing kit from any car shop. To use it, attach it to the radiator and pump up the pressure. If you see any water coming out of the holes, that is a clear indication of a leak. For other obscured leaks, you can pump up the tester and keep an eye on the temperature gauge. If you see the temperature falling, there’s a leak somewhere. 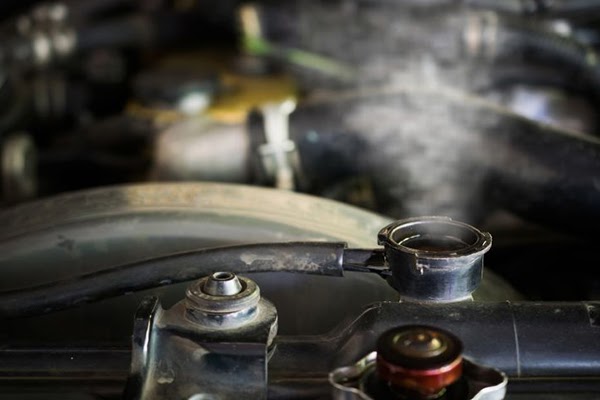 If you’ve looked for leaks, filled your coolant, and can still not bring down the temperature on the gauge, it might be smart to consider that the thermostat is malfunctioning.

Wait for the engine to cool down completely, and remove the old thermostat and connect the hoses without it. If the engine starts and runs fine without the thermostat, there is a possibility that the old one was malfunctioning.

This brings us to the end of our article on overheating cars and how to overcome it. For more such articles, keep watching this space.